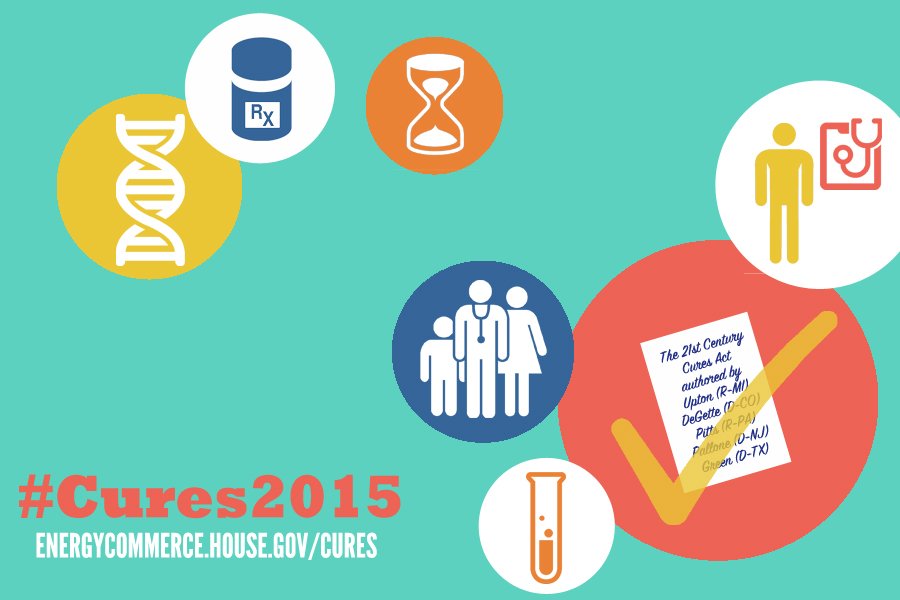 Friday, July 10, 2015 – The U.S. House of Representatives today has passed the 21st Century Cures Act, a large health research bill aimed at speeding the development of new treatments and cures, by a vote of 344–77. The legislation, drafted by the House Energy and Commerce Committee, authorizes creation of a new Innovation Fund of $8.6 billion for the National Institutes of Health and $110 million for the Food and Drug Administration over five years. Much of the Innovation Fund is targeted for specific areas including a new Accelerating Advancement Program, research awards tied to a certain project or objectives, awards for innovative scientists and early stage investigators, high-risk high-reward research, research awards to small businesses, and the NIH intramural program. The legislation includes a number of other measures including:

•  A new mechanism to speed FDA approval of drugs for limited populations for which there is an unmet medical need, such as resistant pneumonia and sepsis infections and drug resistant TB;

A similar package is being drafted in the Senate Health, Education, Labor and Pensions (HELP) Committee by Sens. Richard Burr (R-NC) and Lamar Alexander (R-TN), although it is not expected to be released until late summer to early fall.

Twenty years of never knowing another person with my disease inspired me to help others. Jana Sheets, LGDA Founder, USA

LGDA is here to help you find resources and to provide support to patients and families living with Gorham-Stout disease (GSD) & lymphangiomatosis/generalized lymphatic anomaly (GLA).